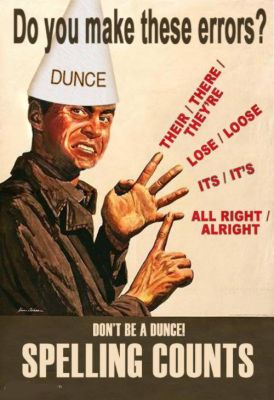 Finally a word study test- a ripple of panic around the class.  This comes right on the day when Mary McBride’s post raises interesting questions as to the purpose and nature of what we are doing in the name of assessment and data collection. For me it raises questions about our relentless quest for data – the dark cloud shrouding all of us these days in education. What is the balance between informal, observational assessment and formal  written assessment? Once assessed what do we do with this information?

So today is the first formal word study assessment since school began.  I worry about the assessment piece: what is it that is important and worth knowing ? What skills are relevant and why? How does this assessment help develop critical thinking?

Here’s  what I asked in the word study assement.

Match the words with their roots.Write the ROOT and the language of origin. See below.

Which word is connected to doors/ doorways? Explain.

Which is the only word that comes from Greek roots?

Which word has a connection to a drum? Explain.
Part 3: Morphology

Which word (or words) are compound words? Explain the term compound in your answer .

Which word/words have a prefix? Show your answer by dividing those words into morphemes (word sum)

Which words have a free base element? Prove this by dividing the word/s into morphemes.

List all the suffixes you see in the words above.
Part 4: Denotation and Connotation
1. Explain the difference in denotation and connotation between a refugee and an immigrant. (To answer this, you need to define both words and then explain how they are different).Refer to roots.
2. Out of all the words above…  which is most positive? Which the most negative?Consider this in terms of who has the most (or least) power.

You must refer to denotations and roots in your choices. You may choose to support your claims with examples from The Island by Armin Greder, the poem What Do You Do with a Variation? by James Berry, Donne’s No Man is an Island or Von Gederen’s short film Mankind is No Island (or any other relevant texts).

Purpose of the assessment:

I want the students to apply their etymological and morphological knowledge and show me what they understand about these processes. I can then assess individuals and decide what concepts need consolidation, which students need some individual work with me. What does the class collectively know? What concepts are shaky? What have I blithely assumed? What do I need to do to modify in my instruction? What do I need revisit and make more explicit?

We have discussed that the roots will be written and visible on the test but not their meaning nor language of origin. I want students to take responsibility for knowing what  the roots mean. This helps students see how words can change over time as well as understand nuances between synoyms and of course see the shared meaning found in all related words (words sharing the same base). I hope that the previous weeks’ discussion has consolidated understandings about the words .

Every morning this week we have had ‘warm –ups’ involving questions such as which  word has Greek orgins? Find a word from the list that has no prefix but a suffix or a word that has a prefix, bound base element and a suffix. How many bound base elements are present in the words above? How many free base elements? The video below is an example of this:

The second part of the test requires application of etymological, perhaps morphological knowledge and justification of a position – the most negative and the most positive. I expect students to draw on their current texts to support their claims- no right or wrong … more a well wrought argument…thus tying into the student’s ability to justify and craft arguments but based an appreciation of the subtle nuances between words.

The test took an eighty minute class period yesterday. After a quick glance through their work I see that some students remain confused about aspects of morphology. They do not always analyze fully into the morphemes suggesting perhaps that some suffixes need more consolidation.

Some students have not learned the meaning of the root  guessing wildly at the language of origin. I hope these students take from this the necessity to prepare for assessments – not through rote learning but by asking questions in class of their peers and of me. To remain confused and passively accept this state of confusion is not helpful! This shows I need to provide experiences that allow students to be more aware of the clues that indicate a word is Greek (Real Spelling Tool Box) and of the clues that indicate OE, Latinate and French origins. For example we have several times mentioned that Latin etymons have suffixes (?) ere, are, ire  indicating the verbal infinitive form. Some students have noted this pattern but perhaps more work and exploration around this. I can review with the class the tendencies of words from Old English to be shorter, more direct, less elevated in register. Maybe more work the graphemes that give clues to the O.E roots, about the differences in register when we use words from Old English, and words from Latin to explore the effect on the reader or listener. I notice with disappointment that several students tend to gloss over instructions…did not provide roots or adequately support their claims in Part 4 with textual references.

However, a quick glance at these assessments shows students are:

Here are samples from Luciana and Emma to Part 4 #2:

‘The most positive word I believe is arrival. The root is Latin ripa ’of the shore’. In those days no-one had aeroplanes they travelled by boat. They would have arrived on the shore. This word is positive because it is a lot nicer to call someone a new arrival, than a stranger or foreigner. If someone is an arrival it seems to mean to me that they just came here and they are greeted and respected and accepted into the group. If someone is a foreigner though they are treated differently as if they are abnormal and people tend to push them away from their group. In the Island by Armin Greder they the islanders treated the stranger not as a new arrival to the ir shore but as an outsider. A misfit. A difference and so they didn’t know what to do with him, just like in the poem by Berry,”What do you do with a Variation”. If they had called him a new arrival and told the others that he was an arrival to their shores they would have accepted him and treated him as their friend. An arrival has more power than a foreigner or a stranger. If someone is a stranger you say”I don’t know you, you are different from me so you are below me.” With an arrival you’d say,  “Hello! Did you get here?” I treat you then as a new friend. This proves there is a lot of power in the choice of these words.

The most negative word is ‘pariah’. A ‘pariah’ is one of the lowest caste in South India. They are treated with no respect and are below others. The root is Tamil ‘parai’ a large celebration drum. This is because the pariahs are normally drummers as it is a lowly paid, unrespectable job that “only the pariahs are low enough to do”. Of course this is totally unfair. The pariah gets no respect, no acception and of course no power.’

Emma in her response is in agreement  with Luciana about arrival but chose outcast as the most negative in connotation.

I think the most positive word is ‘arrival.’ ‘Arrival’ means “the action or process of arriving”. It comes from Old English ‘ripa’ meaning “to reach the shore”. Arriving doesn’t have to be a strange or foreboding thing- an arrival is uually exciting! You can arrive at a party or at a beach. Your grandparents can arrive at your house. Even if issued in the context of arriving in a new country, that can be a good thing too! When I moved to Norway, I was so excited. The root, Latin, means “to the shore” and in my opinion that has a sense of anticipation, and strange new lands to be explored. Arriving is definitely the most powerful.

The most negative word would be ‘outcast’. The definition of outcast is “a person who has been shunned or thrown out from a social group or society.” It comes from Old English ‘ut’ and Old Norse ‘kasta’ to throw. So literally to throw out. Just think about it. Society just throwing you out because you are a little different? The man was an outcast in the ‘The Island’ by Armin Greder, and he pretty much became a lonely savage. Outcast is the worst because it gives a sense of isolation. I think there is nothing worse than isolation. Even if you are a refugee or a foreigner, you still have some family or friends to keep you sane. But as an outcast, you have nobody. You have no power. You have been completely rejected. Outcast is the worst thing to be.’

Quick glances at these assessments shows these students are no ‘dunces’ and need not wear the hat of humiliation and shame! Dunce is a fascinating word, an eponym that has generalized and pejorated- read about it here at Etymology on Line.